by Commodity Inside / Thursday, 21 February 2019 / Published in Telecom 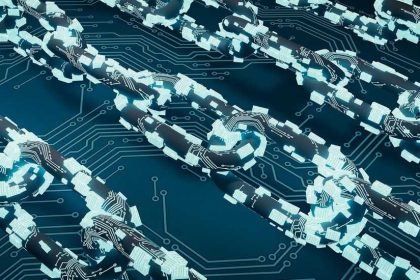 The research on blockchain applications has now started spreading across almost all industries and supported by leading multinationals and government agencies. Commodity Inside has started covering blockchain applications related to the telecom, automotive and energy sectors and found that a significant amount of works is going on in both public and private sectors.

Some recent announcement at government levels

European Blockchain Partnership (EBP) was established in April 2018 with the aim to support the blockchain technology and to build the regional blockchain infrastructure to facilitate cross-border public services. This month Hungary has become the 29th member of the group.

Russia is making a partnership with Vostok to standardise various government operations through blockchain technology. Vostok has a previous track record of working with telecom companies, transport companies and banks.

Blockchain technology has no longer restricted to developing markets and regions such the Middle East has also started actively involved in exploring its applications. For instance, the state-owned organisation in Oman Blockchain Solutions and Services (BSS) has collaborated with Omantel and Swisscom and deployed Hyperledger Fabric and Indy platforms. This will help to develop the technology further on a national scale. Meanwhile, in Jordon Microsoft agreed to help the country in the development of digital technology by using artificial intelligence (AI), the Internet of Things and blockchain.

This year various telecom and payment processing companies started exploring the blockchain market. Below are some of the key developments.