by Commodity Inside / Thursday, 07 May 2020 / Published in Construction 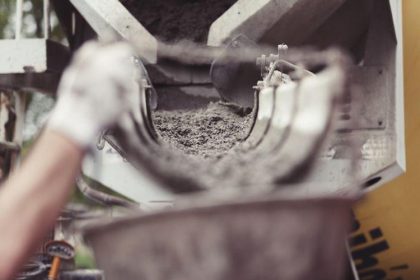 Lockdown created a tougher environment for cement producers around the world. Some governments have now realised the importance of the cement industry and included cement manufacturers to the exemption list though others are still contemplating.

However, the exemption is not enough to drive the cement supply to normalcy. The issue is hydra-headed and goes deep down through the whole supply chain at the moment. Disruptions in transportation and limited availability of workforce are some of the factors which are restraining cement production.

Despite resuming production, cement companies would still struggle to bring production to its pre-lockdown levels. We expect that capacity utilisation would remain low due to subdued demand. One of the reasons behind the low demand is less activity in the real estate and construction sector. Disruptions in supply chain and availability of labour would continue to hamper cement demand. Dealers will continue to avoid any stockpiling amidst uncertainty around demand fundamentals.

Construction activities are also likely to be affected due to the lack of funding in both residential and infrastructure. Residential construction is driven largely by consumer spending which would see a dent related to job losses, whereas infrastructure spending would witness a slump as governments are changing priorities and reallocating funding. Cement prices will remain firm due to low capacity utilisation leading to high fixed costs but bounded by low raw materials prices.

The construction market is local but the cement industry has largely become international with major producers are operating plants in different parts of the world. Some of them which are operating in multiple locations are now facing a raft of issues, particularly those who are reliant on cross border trade.

According to the Chinese official statistics, the national infrastructure investment fell by 19.7% y/y over the first three months while the investment in the real estate dropped by 7.7%.

In India, the majority of large cement producers have resumed their production after a long period of closures. The government has now relaxed its rules for various industrial activities including cement. In India and other South Asian countries, monsoon season can further compound the market conditions.

You may be interested in exploring our new data platform, which now provides access to all our market data under one subscription.

Please contact us now about your query at Research@commodityinside.com