China to get tougher on new steel capacity additions in 2019 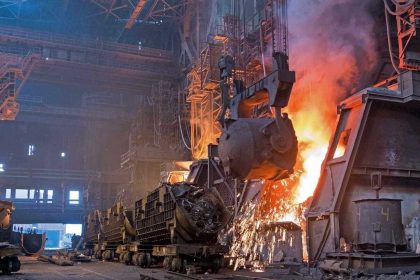 The Chinese minister of industry and information technology revealed to a local news agency that the government is going to ban new steel expansion projects in 2019.

China also continued its ban on the cement and glass industry capacity expansions due to the overcapacity issues.

The environmental issue is also a fundamental cause behind the planned capacity cuts in the steel industry. Almost every year, China announces steel production cuts to minimise the severe winter smog attacks in major cities.

In 2016, China announced the plan to cut steel capacity in its 13th five-year economic plan and set the target to reduce 150 million tonnes of steel capacity by 2020. However, the target is expected to be achieved in 2019 as in 2016-17 it shut down almost 120 million tonnes of blast furnace related steel capacity. China was also encouraging steel companies to move from induction to electric arc furnaces as well as to relocate plants out of heavily steel producing regions such as Beijing and Hebei.

China is also planning to invest more in 2019 in the infrastructure projects to support its economy which would also drive the steel demand further. We expect that steel prices to gain some strengths in the domestic market this year.