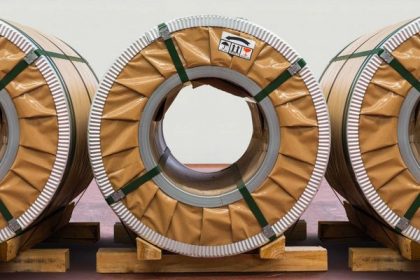 Electric Vehicles (EV) are set to play a pivotal role in tackling the energy and environmental issues in the transport sector. Automakers are being pushed to develop energy efficient and reliable alternatives in the form of electric vehicles and fuel cell vehicles. So far, electric vehicle sales are growing faster, though from a low base. Major countries such as the US, China and the UK have incentivised the electric vehicles market through subsidies, grants as well as investment in charging infrastructure.

Electrical Motor (EM) is the key part of an electric vehicle which also defines the vehicle efficiency and performance. On average there are a dozen of motors and motor products in a standard C-category car, whereas the numbers can be four-fold in the medium to high-end vehicles. Most low-end auto engines use low-frequency and low-power motors, so the requirements for electrical steel are not high. However, moving from a combustion engine to an electric motor substantially increase demand for non-grain oriented electrical steel.

Electric motors in an EV operate at 10-50 times higher frequency range compared to a conventional motor. To operate at such a higher frequency also requires high-quality non-grain oriented electrical steel. NGOES are used in high-speed motors so when an external magnetic field is applied it generates a very high magnetic flux density which in turn yields the torque of an electrical motor. Torque is the key element in determining the motor’s speed and acceleration.

High grades of non-grain electrical steel help in reducing the core loss problem encountered in electric motors of higher frequencies due to constantly changing directions of the magnetic field. Among other benefits, it also improves power density, which subsequently adds on to motor’s overall efficiency. NGOES are produced in different grades depending on its composition, process, properties and applications.

About Commodity Inside electrical steel capabilities: