Healthcare packaging in the context of aging population and spending

by Commodity Inside / Wednesday, 24 February 2016 / Published in Packaging

Healthcare systems around the world are under severe pressure to improve its performance whilst reduce costs. Around 11% of the world GDP spent on healthcare in 2015, compared to 9% in 2000. In developed countries the ratio of the public to private spending is quite higher in terms of value and percentage compared to developing countries. For instance in the EU public health expenditure as a % of total health expenditure was 77% in 2013, while it was 44% in developing sub-Saharan region. 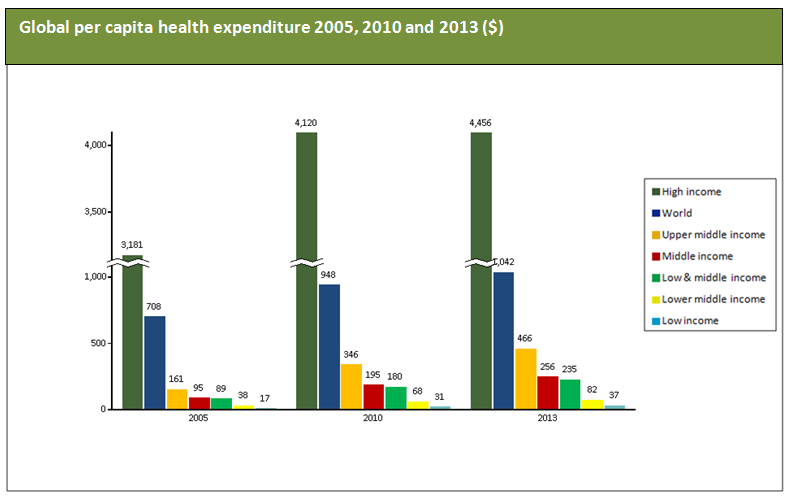 In addition to rising per capita healthcare spending, growing aging population will also support growth in the healthcare industry. Aging occurs due to increasing life expectancy and declining fertility which result in a relative reduction in the proportion of children, and a rise in working age and older people in the population. In this insight, Commodity Inside defines, aging population as people aged and over 60 years. This segment of population is set to grow larger as healthcare advances enable people to live longer.

The global share of older people (aged 60 years or over) increased from 9.2% in 1990 to 11.7% in 2013 and is expected to reach 21.1% by 2050. Moreover, aging population is also taking place across the world, though with faster growth rates in developed world than in developing countries. 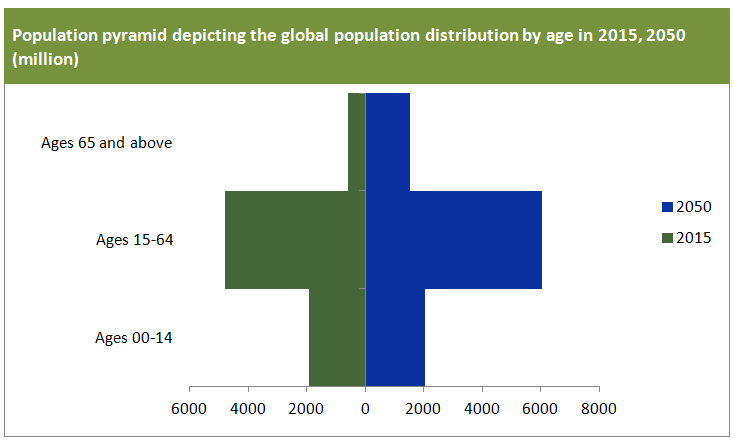 Commodity Inside anticipates that as population ages, healthcare related expenditures tend to grow rapidly since older people usually require more healthcare and specialised services to deal with their complex pathologies. Therefore, it is expected that healthcare packaging industry will also benefit from this emerging trend in the long term. This will result in further innovations in healthcare packaging, and will underpin demand for easy-to-use, easy-to-open, easy-to-handle packaging, with clearer and bolder labelling. 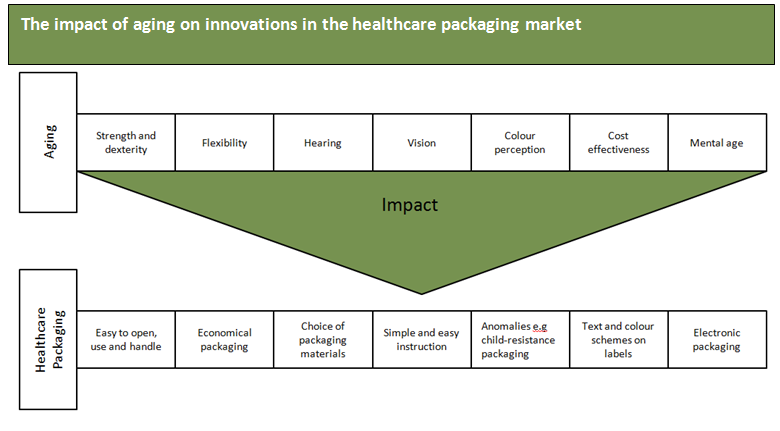 The aging population would also impact the demand of various raw materials used in healthcare packaging. For example metal caps and closures is an important segment of the healthcare packaging industry as it helps in protecting and extending the shelf life of the packaged contents. However, there is now a strong tendency for plastic caps and closures. In developed countries, the use of metal caps and closures are diminishing, though this trend will start soon in developing countries.
Would you like more detailed information about this topic or any of our others, please contact us at info@commodityinside.com.