by Commodity Inside / Thursday, 13 December 2018 / Published in Telecom 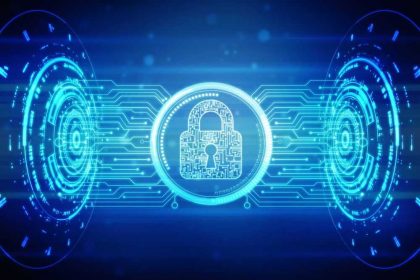 Huawei and Spark have been in partnership for approximately four years under various projects. New Zealand 5G roll-out has also been awarded to Spark NZ which then involved the proposed use of Huawei equipment and services in its 5G Radio Access Network (RAN). However, GSCB now bans Spark NZ from using Huawei products on national security grounds.

Meanwhile, both companies are now highly concerned about the ban. Huawei proposed to work together with New Zealand government to address any concerns. Huawei worked on 5G testing’s and deployments in various countries, for instance, it signed 22 commercial 5G contracts, supplying more than half of the 537, 4G LTE networks and 59 of the 90, 4.5G networks to different countries.

Huawei clarified at various times that its equipment is used in good working state and have no troubles regarding security risks to the country. Huawei is a private company and not working under the Chinese government, so it is not a threat towards any of the security risks. Moreover, New Zealand also clarified that the ban had no relation to fear about Chinese government influence but related to technology and equipment concerns.

New Zealand is not the first country to ban the Chinese company, countries like the United States and Australia also banned Huawei from taking part in their 5G deployment. Canada is reviewing Huawei’s products, and the UK British Telecom is removing Huawei kit from the core of its 5G network. The EU’s technology commissioner Andrus Ansip said countries “have to be worried” about Chinese manufacturers. On 1st December 2018, the company’s chief financial officer, Meng Wanzhou, was arrested in Canada. She was wanted in the US on fraud charges relating to using Huawei subsidiary called Skycom to evade sanctions on Iran between 2009 and 2014.

Commodity Inside understands that the main concern in developed countries is that China can use Huawei as a proxy to spy on them to extract important information. It is difficult for any major Chinese company to be free from Beijing’s influence. Another concern regarding Huawei is that its founder, Ren Zhengfei, was a former engineer in the Chinese army and joined the Communist Party in 1978. Huawei has defended its position that it is independent and gives nothing to the Chinese government except taxes.

In developed countries such as the United States, Huawei and another Chinese hardware company ZTE are considered risks to the national security, but developing countries are quite attracted towards Huawei equipment because of affordable prices and good quality.

To explore how we can help in your research or want us to send you such articles straight to your inbox, please get in touch