by Commodity Inside / Wednesday, 16 October 2019 / Published in Steel 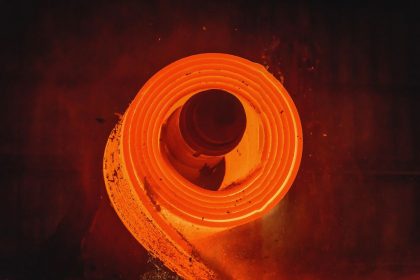 A combination of factors has driven the decline in steel prices, but subdued demand and weak market sentiment dominated the gloomy market. The automotive sector, which is the major consumer of flat steel, has not been performing well recently in some key markets, including China and the US. The recent trade disputes between the US and the EU also exacerbated the situation. Furthermore, geopolitical conditions, such as Brexit, Turkey attack on northeastern Syria, unrest in Hong Kong, the worsening situation in the gulf region etc also compounded the overall steel market. There have also been fears of recessions in the US and Europe which are keeping the market sentiment suppressed.

Flat steel producers in key markets are maintaining high inventory due to buyers’ wait-and-see strategy. Ample supply also helping steel buyers to order on the short lead time, so no need for taking positions. Placing a large order would attract a better price but could incur losses in case of further price deterioration. Therefore, consumers are avoiding restocking activities, despite current low prices.

Slab prices have also been heading downward and registered around $40/t decline in October compared to September levels. In the US, lower HRC prices removed any support for slab prices, even though the annual quota for Brazilian origin slab has virtually been exhausted.

The US steel industry remained quite depressed due to lacklustre demand. Scrap prices also continued its slump, which to some extent compensated producers with fall in their finished steel prices. There are also some cheap steel shipments from Mexico and Canada as they are now excluded from section 232. Meanwhile, restocking activities are discouraged by the year-end inventory tax in some regions in the US.

The CIS market is facing oversupply and depressed market conditions. Russian suppliers, especially NLMK, used to supply large slab volumes to its subsidiaries in the US. However, due to the 25% duty, its intra-company transfer has become economically unviable and diverted its materials to Europe and Asia. Russians are even now offering HRC to China.

Commodity Inside understands that demand is performing better in key end-use sectors in China, though supply is outpacing demand, putting more pressure on prices. The automotive industry is one of the major consumers of flat steel. However, Chinese auto sales fell in September for the 15th month out of the past 16 months, despite efforts by the government to support the sector. Oversupply also remained an issue for steel prices, where China is estimated to have added around 20 million tonnes new HRC production capacity by the end of 2019.

Commodity Inside expects that the global steel industry to remain depressed in the short term, with prices to continue marching downward, though the bottom is to be reached soon. Moreover, the rebound could take some time to start, depending on a raft of factors.