by Commodity Inside / Thursday, 05 December 2019 / Published in Steel 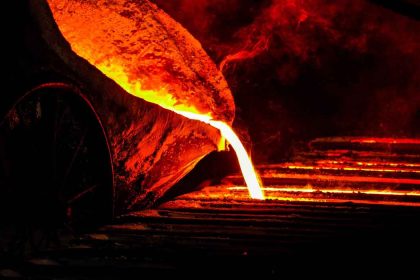 Once again, President Trump has rippled a wave of uncertainty across the steel market. He announced, via Twitter, to reinstate the US tariffs on steel imports from Brazil and Argentina with immediate effect.

While Argentina is not an important exporter of steel to the US, Brazil has been the second-largest source of steel for the US. Slab is the main product accounts for most of the steel trade. The announcement will have serious implications for both Brazil and the US.

It is important to analyse the reasons behind Trump’s tweet. He argued that Brazil and Argentina have devalued their currencies and as a result, their agricultural products are entering in the US at cheaper prices and damaging local producers.

Indeed, Argentinean and Brazilian currencies devalued by 37% and 8% respectively in 2019. However, Commodity Inside does not believe that it was a planned measure by these governments. Argentina is going through another year of recession (GDP fell by 2.5% in 2018 and is likely to fall a further 3% this year). The victory of Mrs Kirchner’s party added an extra layer of uncertainty.

Meanwhile, Brazil is also slowly crawling out of a recession. To spur the growth, the Brazilian Central Bank has been reducing the interest rate. In fact, Brazil’s real interest rate (when discounting inflation) has plummeted to levels near developed economies, losing its lustre for investors to keep their money. With less US Dollar available locally, the Brazilian Real depreciated. Another important point to consider is that emerging markets’ currencies around the world have generally been depreciating, against the US Dollar.

Possible consequences for the Brazilian and the US steel markets

Brazil was given an annual quota of 3.5 Mt for slab exports to the US, with any extra volumes liable for the 25% tariff. However, the quota was already insufficient to feed US re-rollers, especially because NLMK has to source its almost 2 Mt/years, which used to come from its Russian subsidiary. This is on top of the usual volumes needed by ArcelorMittal Calvert (around 3.2 Mt in 2018), California Steel (over 1 Mt in 2018) and other slab buyers.

If Brazil loses its quota, US flat steel producers would not have any reliable source of slab, without paying the 25% tariff. It is true that Canada and Mexico are exempted (at least for now), but these countries have no capacity to produce the required slab.

US re-rollers will have to pay more for their slab (equivalent to around USD 100/t, at current prices). Consequently, they would be in a huge disadvantage and will have only two alternatives: transfer the costs to customers, which would have implications for the final end-use products such as cars, white goods, etc. The second option would be to bear the costs or cut production.

The alternative of producing their own slab is not ideal because it will take time to build the necessary infrastructure, without a guarantee that the quotas will remain in the long term. The most likely scenario is that these companies would reduce production and as a consequence its workforce. The irony of such a measure is that it could end up harming the US steel industry more, instead of helping it.

For Brazil, the consequences will be dire. Slab producers such as CSP and Ternium Brasil will lose their most prominent market, in a period when international prices are already depressed. In fact, in 2018, CSP sent almost 0.9 Mt of sabs to the US, while Ternium Brasil sold 3 Mt. Furthermore, ArcelorMittal Tubarao exported a further 1 Mt to US buyers.

Commodity Inside Research Manager, Andre Nascimento notes “For Brazilian producers, European and Asian markets are not large enough to compensate the US. Brazil will also have to compete against the CIS producers, which have costs and logistic advantages. Hence, under this scenario, we expect Ternium and CSP to follow the same pattern as ArcelorMittal Tubarao and reduce production even further.”

The governments of Brazil and Argentina announced that they are going to discuss the announcement with Mr Trump. We understand that Trump may change his mind and just use this measure as a threat to gain concessions in other areas. The following days will be crucial to asses the final outcome. Commodity Inside is going to follow this development closely and update its Slab Market Study accordingly.