The US tariffs and its impact on slab trade

Donald Trump has now signed an order to impose import tariffs of 25% on steel and 10% aluminium arguing that the US has been suffering from “unfair trade” and the move would help the US metal industry. The tariffs will be effective in 15 days. However, Canada and Mexico have been exempted temporarily, whilst the US is renegotiating the North American Free Trade Agreement (NAFTA) terms. There is also a possibility that other close allies may be exempted in the future. The decision is expected to draw retaliation from the EU and other trading partners and can be extended to other commodities.

Indeed the protectionist measures would help the US steel industry to a certain extent by increasing capacity utilisation of various steelmakers. Some companies would be able to restart their furnaces which would result in an increase in crude steel production and certainly create more jobs. However, the damages of these punitive tariffs would be significantly higher and can affect various end-use sectors such as construction and automotive industries in particular.

The US exports of total steel to Canada and Mexico accounts for around 88% of its total steel exports, though its imports from the two countries are just 26%. Canada had around 850k tonnes steel deficit with the US in 2017, so certainly it is in favour of the US to keep Canada exempted from these tariffs. Mexico, total steel surplus with the US declined from 1.2 million tonnes in 2015 to around 700k tonnes in 2017.

One of the key segments of the steel industry which is to be directly affected by these measures is the plants which depend on the imported slab. These include companies which import slab from their parents’ companies outside the US, those who buy slab under long-term agreements as well merchant slab buyers. The US imported around 4.5 million tonnes of slab in 2017, out of which merchant slab accounted for over 30% of the total slab imports. Its exports were just over 5k in 2017. 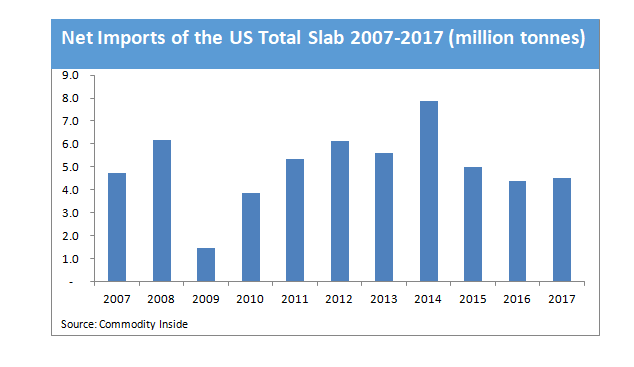 AM/NS Calvert is a 50/50 joint venture between ArcelorMittal and Nippon Steel & Sumitomo Metal Corp. (NSSMC), which was acquired from ThyssenKrupp in 2014. The plant can produce 5.3 Mt of flat-rolled carbon steel products annually. For the slab supply, Calvert has a six-year purchase agreement of up to 2 Mt of slab annually from TK CSA (now Ternium), an integrated steel mill complex located in Rio de Janeiro, Brazil, using a market-based price formula. We expect that the new tariffs will also impact the AM/NS imports from Brazil.

NLMK USA will also going to be affected as it source slab from its parent’s companies in Russia. Its three plants in the US produce flat steel using slab shipped from NLMK Lipetsk, in addition to slab produced by NLMK USA itself. They produce HRC, CRC and galvanised steel.

It is highly likely that slab prices will jump on the back of tariffs as well as an increase in raw materials costs. Most of the costs will be passed on to end-use sectors which will, in particular, be impacting automotive, construction and energy sectors. 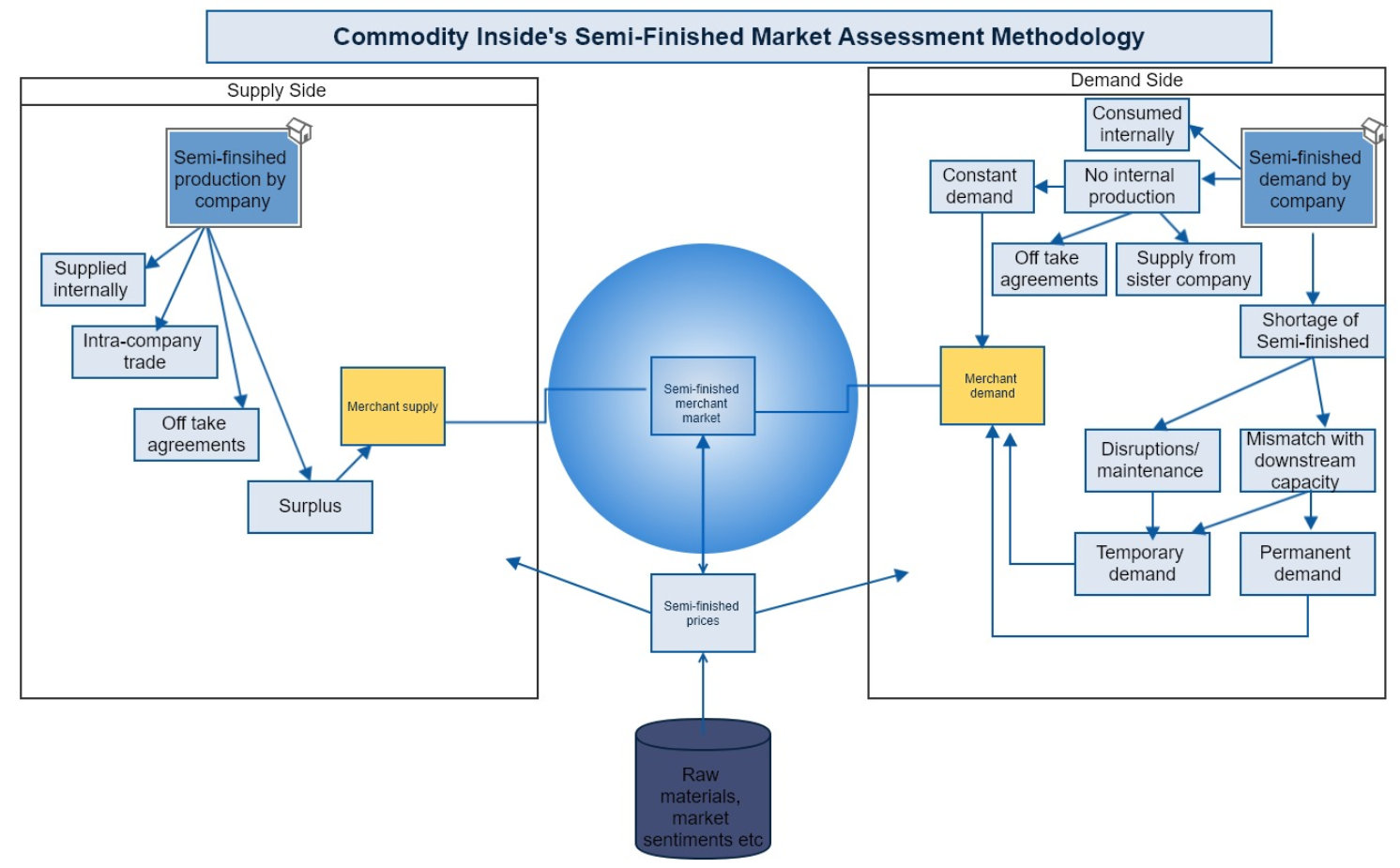