by Commodity Inside / Monday, 07 December 2020 / Published in Steel 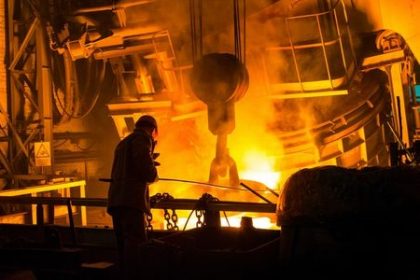 Saudi Aramco and South Korea’s POSCO signed a deal to evaluate the potential for an integrated steel plate mill. The cooperation between the two companies implies that the steel plate mill will target the oil and gas industry. POSCO will conduct the feasibility study to determine commercial viability for the plant.

Saudi Arabia has been promoting its 2030 Vision which is a strategic framework to reduce its reliance on oil and diversify its economy. So, in line with Vision 2030, Saudi Aramco has also launched its “In-Kingdom Total Value Add” (iktva) Program to increase value addition in the local industry.

Moreover, Sabic Hadeed, the largest steel producer in Saudi Arabia, also planned to build a 1.5 million tonnes steel plate mill at the cost of around $3.5 billion in the Saudi city of Jubail, a few years ago. Even in its June 2013 stock exchange filing, Sabic announced its plan to start commercial production in the plate mill by mid-2018. However, the downturn in the steel market and weak oil prices poured cold water on the plan.

Commodity Inside understands that currently there is no steel plate mill operating in Saudi Arabia and all Saudi plate demand is satisfied through imports. To build an integrated steel plate plant in Saudi Arabia just for the domestic market is a good idea but may not be a viable commercial option.

Commodity Inside assesses that the total consumption of reversing steel plate demand in the Middle East and Africa was over 4 million tonnes in 2019, where Saudi Arabia accounted for around 14% (~0.6 million tonnes) of the regional consumption. And about one-third of the regional demand was fulfilled through local supply in 2019. This implies that there is a potential for a new plate mill to fill the gap. However, Saudi Arabia should take into consideration the whole region in the market penetration strategy to make the plate mill project commercially viable.

The key aspects for the potential plant would be the steelmaking technology, product mix and downstream applications. Will the new plant aim to solely capture the oil and gas sector? The project viability would then depend on a wide array of factors such as grading, niche market, competition, and the future pipeline of upcoming energy projects in the region.

It is pertinent to mention that Iran is the leading producer and consumer of reversing mill plat in the region. Iran can turn to a key supplier of the commodity-grade plates to the region in the long term to fill the demand-supply gap, given its excess supply of slab. There is now more optimism around the improving US-Iran relationship under Mr Biden led government, which is going to take charge from 20th January 2021. Biden has already indicated that he wants to rejoin Iran nuclear deal and will remove sanctions if Iran complies with the nuclear deal- Joint Comprehensive Plan of Action (JCPoA). Iran steel exports increased substantially when the Obama administration lifted the sanctions in 2015.

Are you interested in the Middle East and Africa steel market? Feel free to contact us to discuss your needs at Research@commodityinside.com