Opportunity Assessment of Blockchain Technology in the Telecom Industry

by Commodity Inside / Wednesday, 06 February 2019 / Published in Telecom 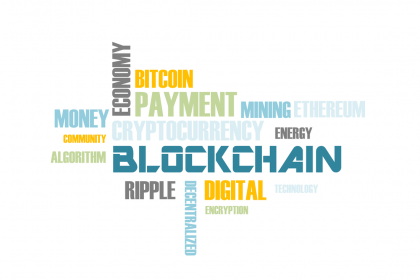 The telecom industry has been providing almost all the necessary infrastructure for the blockchain technology to operate. The technology itself is in a very nascent and untested stage, and there is no real-life example of its applications on a scale, except crypto business. Besides the finance industry, where cryptocurrencies storm the world, there is comparatively very little known about its applications in other industries.

However, that does not imply that there is not much happening elsewhere. Almost all other industries somehow involved in exploring how the blockchain technology can work for their businesses. So far, most of these projects are either on a pilot scale or partially nested in collaboration with the existing platforms.

Unlike other industries, the telecom industry faces a unique challenge which is the extra large customer base in the form of multi-billion phone subscribers. The ecosystem can be further complicated with cross networks, international calls and roaming.

For telecom companies, to build expertise and develop applications on a universal scale requires multi-billion investments. Such a huge investment in an uncharted field involves high risks which deter companies to spearhead by its own. Notwithstanding, this has encouraged telecom companies to work together in a consortium to share knowledge and costs. Some companies are employing a dual strategy by developing in-house expertise as well as also joined consortiums and investment partnerships with other companies.

There are various partnerships in the telecom industry on a global scale, for instance, Carrier Blockchain Study Group (CBSG) aiming to specifically develop a blockchain platform for telecom carriers addressing digital payments, authentication, IoT, clearing and settlement etc. Similarly, ITW Global Leaders’ Forum (GLF) with the involvement of its members completed a multi-lateral blockchain Proof of Concept (PoC) to settle voice transactions between multiple carriers in minutes rather than hours.

Commodity Inside understands that similar to carriers companies, regulators, equipment vendors and handsets manufacturers are also equally involved in developing the telecom blockchain technology. For instance, Deutsche Telekom is working in partnership with Camelot ITLab and SAP for building a global blockchain system which can block and erase personal data from the stolen phones. Zipper and Jolla partnered to make blockchain based platform for Sony Xperia devices, while Samsung is rumoured to introduce blockchain features in the upcoming Galaxy S10. Major blockchain platform providers such as Microsoft, IBM, SAP and Oracle are also actively involved with telecom companies.

On a state level, Switzerland’s state-owned telecoms provider Swisscom is joining hands with the national postal service Swiss Post for a national blockchain infrastructure. Their first pilot application, which is based on Hyperledger Fabric 2.0 software, is expected to be launched by Q2 2019.

Commodity Inside ascertains that most of the use cases are aiming for process optimisation, while some are experimenting with entirely new services & business models. So far, telecom companies are mainly concentrating on OSS/BSS process and supply chain management, where currently there is a minimal threat for these established companies from new entrants. However, in addition to their strongholds, more to be done to capture the new revenue generation streams such as mobile payments and banking, a marketplace for unused capacity and, IoT connectivity.

This article is based on our recently published report “Opportunity Assessment of Blockchain Technology in the Telecom Industry”.

To learn more about the report please contact us at info@commodityinside.com