Brazilian slab exports can benefit from the US economic recovery 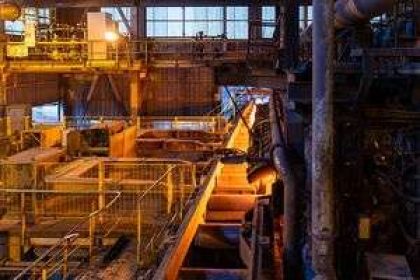 Amidst the coronavirus pandemic, Brazilian slab producers performed relatively better. Last year, the country exported over 7.1 million tonnes of slabs, registered just a slight fall of 6.9% on a year-on-year basis. Given that the US and Mexico, the two important buyers of Brazilian slabs, were hit hard by the pandemic;  hence the performance is seen better than expected.

Brazilian producers changed strategy when demand started recovering in the second half. For instance, ArcelorMittal re-started its Furnace 2 in July 2020. The furnace has an annual capacity of 1.2 Mt of pig iron and was idled since its maintenance stoppage in June 2019.

Ternium Brasil (formerly known as CSA), which saw capacity utilisation sank to just 37% in April 2020, returned at full capacity (5 Mt/year) in the second half of 2020. It also increased its integration with Ternium’s other subsidiaries. Ternium said that this year its Mexican subsidiary is likely to purchase more slabs from Brazil, which would reduce its merchant supply.

Finally, CSP exported around 2.36 Mt slabs in 2020, almost similar to the preceding year. China, which came out of the pandemic sooner than other countries, bought 600 Kt of slabs from CSP last year, 2nd behind the US (840 Kt).

In the first two months of 2021, overall Brazilian slab exports dropped by around 20% to almost 820 Kt, compared to the same period last year. South Korea was the only exception, where imports increased, while all other destinations, including the US, reduced imports from Brazil. CSP saw the largest fall with a drop of over 160 Kt slabs exports.

Going forward, the performance of Brazilian slab exports depends on North America. The US, which is by far the largest buyer of slab from Brazil, aims to vaccinate the whole population by the end of the year, which could propel its economic recovery and, as a consequence, increase demand for slab. Brazilian producers prefer to sell to the US, where they can achieve better margins. Similarly, economic recovery in Mexico and Canada would also help Brazilian exports.

Meanwhile, various US lobbies requested the Biden administration to revoke section 232 tariffs against imported steel, which could be a downside risk for Brazilian slab exports to the US. However, there is no indication that Mr Biden is going to terminate steel tariffs. Ms Gina Raimondo, the commerce secretary, has recently stated that Section 232 tariffs have been effective, implying that there would hardly be any policy change in the near term.

Meanwhile, Iranian slab exports to the international market also slumped by 30% year-on-year to 1.21 Mt, during the ten months of the Iranian Islamic calendar year, until 19th February 2021. Iran’s exports tend to find buyers in Asia due to low prices. However, due to the devaluation of the Brazilian Real against the US Dollar (around 13% between March 2020 and March 2021), CSP can also better compete against the Iranian slab in Asia.