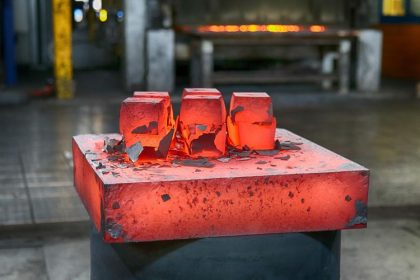 Meanwhile, European buyers have lost access to the Russian slab due to the sanctions, while the Ukrainian supply is hampered as the country’s industrial infrastructure has been seriously damaged. The gap has been filled by supply from Brazil, India and some new local suppliers. Some small East European flat steel producers have decided to reduce flat steel output and sell slabs instead.

The summer season in Europe and the US meant that there was less demand for slab. On top of that, flat steel prices have decreased in the US as the rising cost of living takes its toll on consumption, which is the main engine of the US economy.

NLMK sales went down to 4.0 Mt, a fall of 12% from Q1 and 7% year-on-year, mainly due to an increase in intragroup slab supply by 400 Kt and reduced demand in its key markets. MMK has also released its half-year figures. Crude steel output was down by 9.5% to 6.06 Mt in H1 2022, while finished product sales sank by 15.7% to 5.2 Mt, compared to H1 2021. The cost of producing slab increased by 28.5% to an average of USD 469/t in H1 due to the appreciation of the Rubble against the US Dollar and higher commodity prices. In Ukraine, Metinvest was reported to be sending trial slabs from the Zaporizhstal Iron and Steel Works to its Italian sister company at USD 600/t CFR.

In Brazil, ArcelorMittal agreed to acquire CSP from Vale (50%), Dongkuk (30%) and Posco (20%) for USD 2.2 billion. ArcelorMittal aims to capitalise on the planned green hydrogen hub in Pacem, where the slab producer is located. The deal still needs the approval of the Brazilian regulator. If approved, the acquisition of CSP by ArcelorMittal will likely reduce slab supply in the merchant market from next year. ArcelorMittal is going to mainly focus on supplying slab to its units in North America and case of need, European subsidiaries as well.

Commodity Inside expects the downward trend in slab prices to continue next month. However, the decrease will be to a lesser extent than in July. Russian prices have already reached pre-war levels. Moreover, stronger Rubble, compared to the US Dollar, also makes it harder for Russian producers to lower their prices.

Comparatively, Brazilian prices have a bigger room to fall. The summer season in the Northern Hemisphere will cause demand to remain relatively subdued. The increase in interest rates by the Fed and the ECB will also remove support for overall consumption and civil construction, which will affect flat steel demand and thus slab.