by Commodity Inside / Thursday, 26 November 2020 / Published in Construction 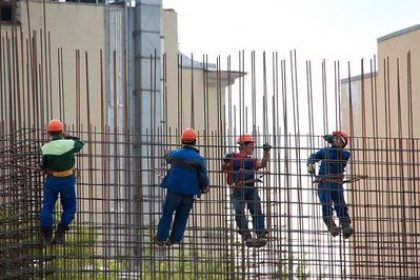 China is the largest construction market in the world, followed by the US. China started Belt and Road Initiative (BRI), also known as One Belt One Road (OBOR), in 2013. The “Belt” refers to the Silk Road Economic Belt whereas the “Road” relates to the Maritime Silk Road of the 21st century.

Commodity Inside assesses that since 2013, China spent over $700 billion in approximately 110 countries. The investment included developments of a wide network of highways, railways, seaports, technology, power grids and oil and gas pipeline projects.

So far, Pakistan is the largest beneficiary of BRI taking into account around 9% of the total Chinese investment under BRI. China Pakistan Economic Corridor (CPEC) is the key part of BRI that will provide links to the Arabian Sea routes linking south-western China to and through Pakistan.

COVID-19 has impacted BRI projects around the world. A large number of countries which are included in the list of Beijing New Silk Road initiative are undergoing economic difficulties triggered by COVID-19. Some projects have been disrupted due to lockdowns and travel restrictions.

BRI projects have also been criticised due to lack of transparency and unfair credit terms. The later is now under more spotlights as a result of the pandemic. Several host countries started negotiation around loans terms since the pandemic struck. For example, Pakistan in April demanded simple repayment terms for more than $30 billion in loans under CPEC related projects.

President-elect Joe Biden is a strong opponent of BRI, blaming it for causing environmental damages. During his election campaign, he pledged that if elected, he would hold China accountable to high environmental standards in its BRI infrastructure projects and stop China from spreading pollution all over the world.

Commodity Inside understands that the tense China-US relationship will impact construction spending locally. The Chinese government is expected to stimulate the economy and increase infrastructure spending. BRI spending is even expected to rise as both countries will resume the race to quash each other’s global influence.

Commodity Inside has a detailed and unrivalled understanding of the construction market. You may be interested in exploring our latest edition of Global Building and Construction Market Databook.

To learn more about the report please contact us at Research@commodityinside.com