by Commodity Inside / Wednesday, 13 January 2021 / Published in Steel 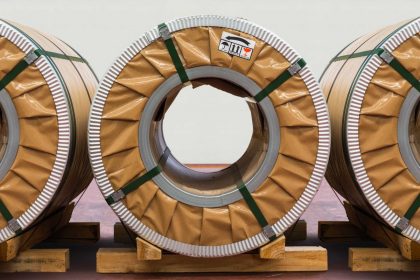 The decision is taken after the trio completed their joint feasibility study which was started back in October 2019, under the project H2morrow. The partners will evaluate the possibility of using blue hydrogen to help reduce carbon emission at the site.

The company opted for blue hydrogen as it would be feasible to produce it from the natural gas in sufficient quantity with carbon capture and storage system. The commercially viable scenario for the project would be transporting hydrogen via pipes from the production plant to the steel mill.

Three sites have been chosen for the potential hydrogen production plant. The final decision will be based on various factors, including the plant hydrogen capacity and carbon capture and storage (CCS) facility. The feasibility study shows that the project can be completed with its full-scale value chain by 2027 at the earliest.

On the other hand, green hydrogen is produced through the electrolysis process using energy from renewable sources. Currently, the supply of green hydrogen is scarce and expensive to produce. The feasibility study assessed that the blue hydrogen price is estimated around € 2.1 per kilogram (corresponding to € 58 per MWh) based on a long term average of natural gas price of €23 per MWh.

Recently, steelmakers have started a keen interest in exploring hydrogen as a solution to cut on emission. Hydrogen has now become a strategic part of companies’ sustainability policies.