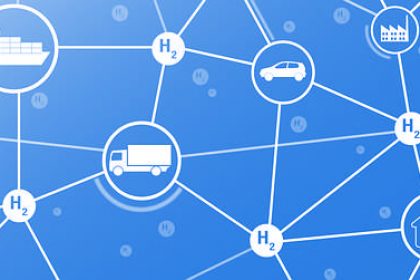 Automotive companies such as Toyota, Hyundai, Hyzon and Peugeot have remained quite active in the hydrogen industry recently. Peugeot has announced e-Expert Hydrogen, which is a fully electric van powered by a hydrogen fuel cell with a range of 400 km. The vehicle will be available by the end of 2021 in France and Germany.

Toyota used motorsport to promote its hydrogen-powered vehicle by taking part in the Fuji 24 Hours rally race, completing the race with 35 pitstops and 358 laps. Hyundai Nexo has managed to travel around 887.5 km using 6.27 kg of hydrogen, the best consumption to date.

Meanwhile, Hyzon Motors has partnered with Sojitz Machinery Corporation of America (SMA) to explore a new market for hydrogen-powered commercial vehicles. The partnership will connect the fuel cell technologies of Hyzon with the suppliers and customers of Sojitz, which will help in the decarbonisation of warehouses and logistics business. The partnership will also focus on the development of fuel cell machinery such as forklifts.

Although automakers have already been working on the adoption of fuel cells, there is still a need for further developments in fuel cell technology. The US Department of Energy’s Hydrogen and Fuel Cell Technologies Office (HFTO) has awarded around US$ 1 million to Lubrizol Corporation for the improvement of durability of Proton-Exchange Membrane (PEM) Fuel Cells through enhanced membrane oxidation performance which will add hours of usable runtime and more than 25% to the fuel cell lifespan.

In the marine industry, Kawasaki Heavy Industry introduced liquefied hydrogen carrier, which performed a demonstration experiment by transporting liquefied hydrogen, produced from cheap coal mined in Australia, to Kobe City. The carrier is around 116 meters long and weighs around 8,000 tonnes is set to be commercialised by 2030. Meanwhile, Almatech and e5 Lab are also partnered to develop and promote the Zero Emission Speed Shuttle (Zesst), powered by hydrogen.

Total, a French multinational oil and gas company, has acquired 20% stakes in Hysetco, a French company dedicated to the development of hydrogen mobility. Hysetco plans to transit its taxi fleet to hydrogen by 2024.

Commodity Inside has started a dedicated hydrogen market intelligence service under the brand H2 Bulletin. We add around 100 hydrogen-related news every week to the Platform. Join our H2 Intelligence Platform today and start making informed decisions.